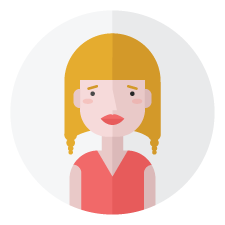 If you have been asked to bail a friend out of jail, you may be worried about losing the bail bond amount you have posted due to unforeseen circumstances. Especially if this is the first time that you have bonded someone out of jail, it can be a confusing process. The more you understand about how to protect your investment, the safer your finances, and your friend, will be.

When the court awards bail to anyone in jail, they set a series of terms that must be met. This includes things such as appearing for all hearings and other court appointments, not running afoul of the law again, and avoiding certain things associated with the case, such as alcohol for someone facing a DUI charge.

Make sure that you understand all of the terms associated with your friend's bail order. That way, you can ensure that he or she abides by them and doesn't leave you facing a bail revocation by the court.

Securing bail for someone arrested for a significant crime can mean having to work with a bondsman. That is because the money required for bail on serious charges can be far more than you might have available to you right now. If you have to work with a bondsman, take time to discuss his or her requirements in detail.

Your friend may have to check in daily, for example. In addition, he or she may have to report for mandatory drug testing or other services as well. If your friend fails to adhere to these requirements, the bondsman reserves the right to revoke their bail bond and return your friend to jail for the duration of the case.

In many bond cases, you and your friend will be given a payment schedule to follow. You will have to make those payments according to the schedule in order to ensure that you are financially invested in the case. If you or your friend miss a payment, the bondsman may reserve the right to revoke your bail and have your friend re-arrested.

In the event of a bond revocation, you forfeit everything you have paid to secure your friend's release. If you had to use something such as your car or your home to secure the bond, that means that the bondsman may have the right to confiscate that property in exchange. Make sure that you understand all of the terms that could result in a bail revocation if you are going to put money up toward a friend's release.

For more information on bail bonds, contact your local agency.